Skip to content
No one could have predicted a year ago the life tolls that we would experience during the spring-early summer of 2020. I know families who have lost loved ones and individuals who have lost jobs. All of us have lost life as we knew it. 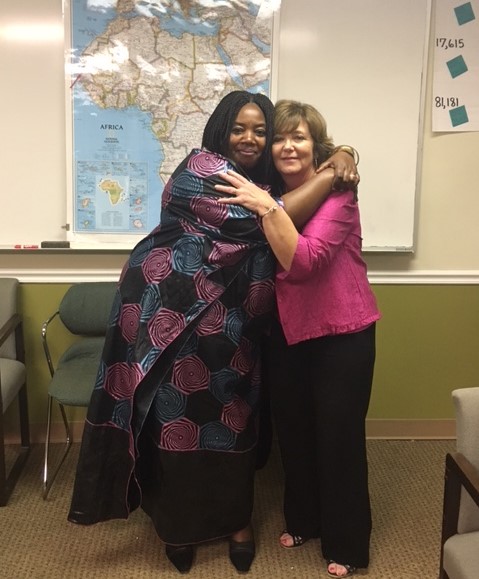 Sadness, grief, worry and despair can be immobilizing. But our resiliency is needed now more than ever to help our community and the world. My friend, Kashoro Nyenzezi, suffered tremendous loss in her earlier life and rather than succumb to feelings of hopelessness, she became a beacon of strength and resilience, inspiring the same in others. Her story is a beautifully significant reminder that despite the challenges we face, we can and will get through this.
As a teen girl, Kashoro was brutally attacked and left for dead by a gang of rebel soldiers during the civil war in DR Congo. She was found and brought to a hospital where her life was saved although there were no surgeries that could remove the horrific memories and emotional pain. She managed to escape DRC, arrive in the USA and gain acceptance at a university where she studied public health.
The tragic event experienced by Kashoro was not the ending of her story – it was the beginning of a new chapter. She knew there were thousands of other young girls like her and she couldn’t remain silent. She needed to be the voice for all of the other young women who had been victimized in the DRC. “We have some women who have no place to live after they are raped because their husbands and families reject them. They find themselves on streets.” These women often experience ongoing suffering from their injuries and have a child from the rape that is also shunned in society.
When I met Kashoro, she shared her story and her dream to have a hospital that was able to provide medical care to the victimized women and children who were outcasts in their society. I was inspired by her resiliency, and horrified by the pictures of people lying on the floor in the current hospital that lacked supplies and equipment. 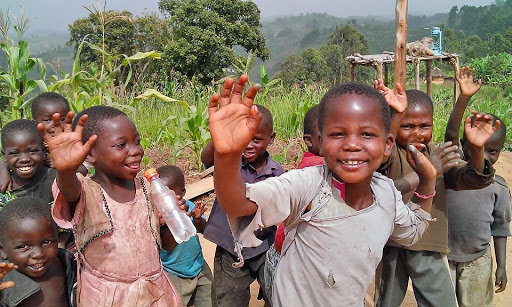 Kashoro’s determination to overcome her grief and fear gave her the power to ensure others like her would not suffer. Thanks to the generous donors of SOS , we sent a shipment of medical supplies and eq
uipment including hospital beds and an ultrasound to a hospital in South Kivu this past June. Also included were bleach makers and chlorine generators from WaterStep to sanitize the medical facilities, computers for the local school and wheelchairs to assist home-bound members of the community. Over 800 women and 1,000 children will be served by this humanitarian shipment.
Beyond humanitarian relief, this shipment is about hope – hope for the women and children, hope for the future of a community fractured by years of war. And it all began with the resiliency of Kashoro who is a shining example of what can happen when life’s losses empower you to make the world a better place.
We are living through turbulent and difficult times that require all of us to be resilient, get through the current crises and come back stronger!
P.S. to this story. The doctor who saved Kashoro’s life in DRC was inspired by her spirit. He fell in love with her and several years later, he convinced her to marry him. They live in KY and have three children.