This afternoon SOS (SOS) packed up and shipped out a 40-ft container headed for Ecuador’s Manabí Province.In 2012, SOS forged an agreement with Manabí’s provincial government to ensure that the region’s hospitals and clinics have the materials necessary to provide healthcare to its population of 1.2 million. In early June, Johnny Nuñez, Vice-Prefect of Manabí Province, travelled to the SOS warehouse in Louisville, Kentucky, where he met with the team to determine which medical supplies and equipment could be used to stock under-resourced clinics and hospitals in the costal, Ecuadorian state. 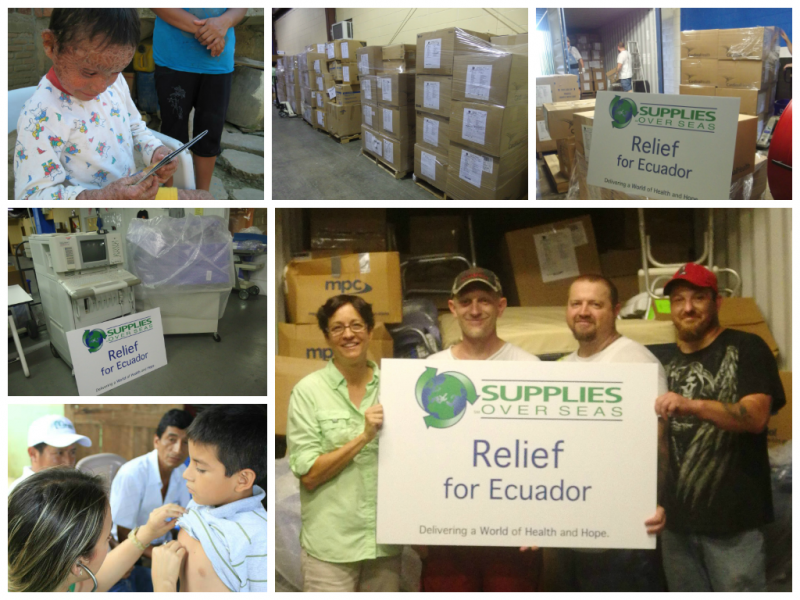 The container shipped this afternoon is the fourth that SOS has sent to Manabí since 2012, and represents hundreds of volunteer hours spent collecting, sorting, and packaging surplus supplies and equipment from area hospitals.

[box]Nuñez offered his thanks to the donors and volunteers who made the shipment possible: “Gracias, y que Dios los bendiga!”